Toons' venture into increasing the world's appreciation of Canada continues throughout the month of December.

If you're like us here at Toons, one of childhood's - and perhaps adulthood's - greater joys took the form of a McDonald's Egg McMuffin sandwich. The egg is fine. English muffins are awesome. And a slice of American cheese? Who could argue against putting that piece of fully processed diary bi-product goodness in your mouth at 7 AM? Nobody I know, that's for damn sure.

But one ingredient put this iconic mass-produced sandwich on the next level. And that would be...

I've long been of the belief that Canadian bacon  is just glorified ham. The fact that I can say I was wrong is proof that this series is educational not only for its readers, but for its writers as well.

As it turns out, there are many differences between the two.

First and foremost, Canadian bacon and ham are a lot like the United States and Canada themselves, in that they have completely different origins. Canadian bacon comes from the tastier, leaner loin section of the pig. That is the section of meat that runs along the pig's spine, hence its alternative name of "back bacon." Ham, on the other hand, comes from the leg and butt of the pig. 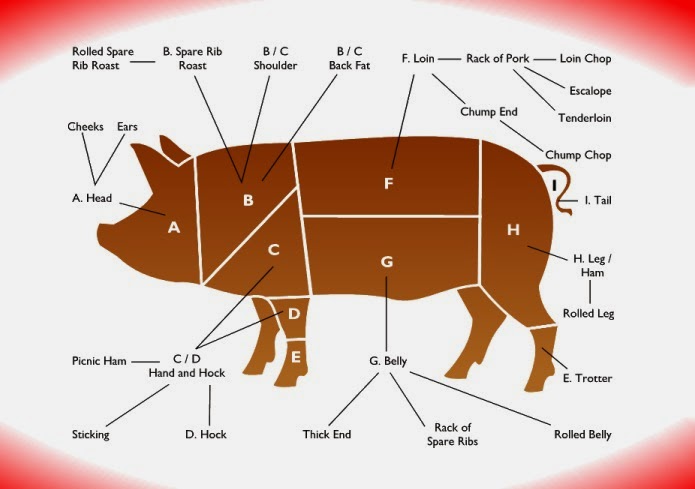 Secondly, you can get "pig ass" in any form you'd like it.


You like it sliced for your sandwiches? No problem. Diced in your omelet? Done. You like your ham in 5 pound sections, slathered in brown sugar, pineapple or cloves? Do it. Who am I to judge? But you better be prepared to explain how you'd like to have it when you go to purchase it.

Canadian bacon, on the other hand, is available one way and one way only: sliced.

Maybe that seems simplistic to your sophisticated tastes, but that's a "you problem." The reality is that that is simple genius.

The differences don't stop there.

Ham pretty much requires help in the flavor department, whether from honey or mustard or honey mustard. The meat itself is fatty and adding all that sugar just to please your palate makes Christmas' traditional meat extremely fattening.

And the salt content? Your cardiologist thanks you for your business.

Thank you once again, Canada!