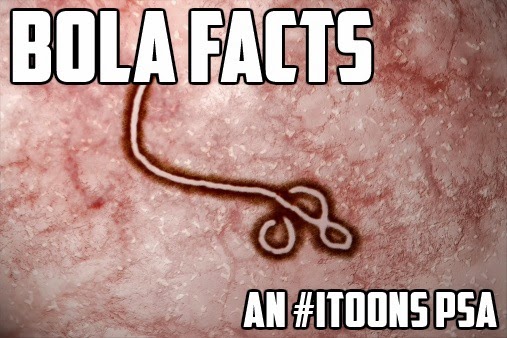 Here at Toons, we strive to keep our loyal Loonies up to date and current with all available information. With that simple premise in mind, here is a collection of facts concerning the latest media scare: Bola. After all, not all "Bola"s will kill you. Just most of them will.


There you have it. We here at Toons hope that this guide will help you to free up any anxiety that you may have been feeling regarding all the talk of Bola that's been going around.

Welcome to  the Weekend!